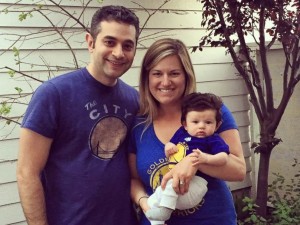 Little Isabelle is making perfectly coifed waves across the nation with her full head of ridiculously thick and wavy newborn anchorman hair.  Well, I think her picture calls to mind a smaller, brunette version of Conan O’Brien, but to each their own.

Newborn parents typically don’t need to contemplate needing a hairbrush or- heaven forbid- a haircut– mere weeks after their child makes their appearance.  But Isabelle Kaplan, not even three months old, may be the exception to that rule.

Proud father and mother David and Mackenzie Kaplan are thrilled that their darling girl can bring the public so much joy.  Not many people can boast that they’ve made headlines before they can talk.  Isabelle has already been compared to Anchorman’s Ron Burgundy, Up’s Carl Fredricksen, and Parks and Recreation’s gruff-but-lovable Ron Swanson in several hilarious photoshops. 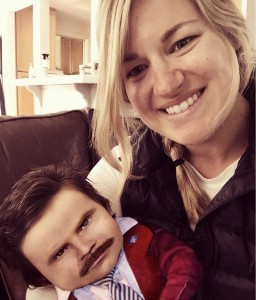 Anchorman Hair is in her Genes

Her mother says that many Kaplan babies have been born with similar flowing locks, and they don’t do anything special to shape or grow her hair.

She “just woke up that way,” Mackenzie explained, giving all #IWokeUpLikeThis hastag users a run for their money.  Maybe Isabelle can be credited with the sure-to-be-newest InstaCraze, #IWasBornLikeThis.