All about this very common birth defect and what to expect during diagnosis and treatment. 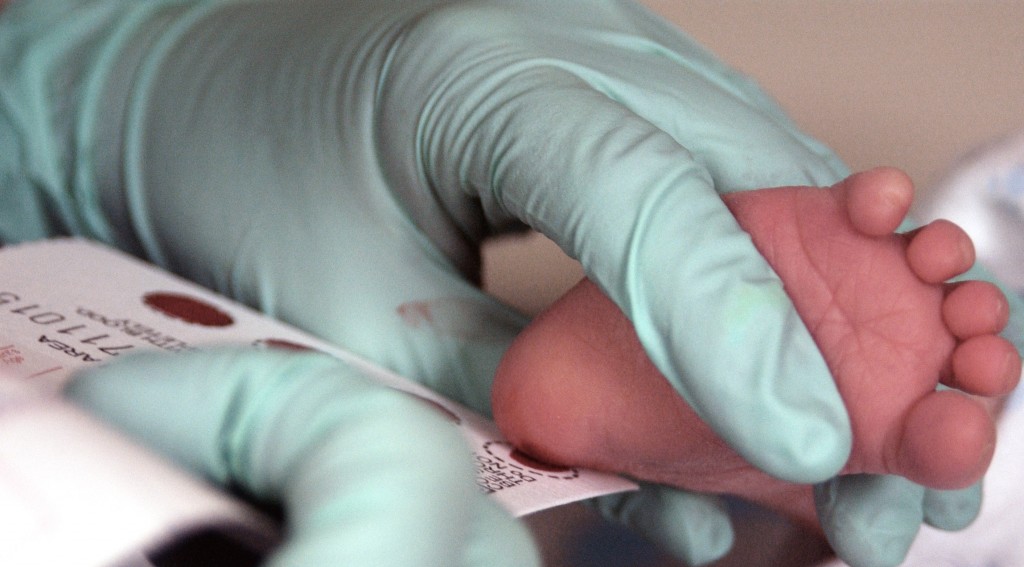 Congenital heart disease is the most common birth defect in healthy and preemie children alike, and the leading cause of infant mortality in most countries.  Nearly one out of every 125 children in the world are born with CHD, 40,000 of these annual cases in the United States alone.  If you are the parent of a preemie, it’s likely that your child may suffer from this condition.

Covering many different forms of heart problems that develop before birth, congenital heart disease can cause ailments such as vasculitis (inflammation of the blood vessels), abnormal breathing, blood clots, and even premature death.  While even full-term babies can develop CHD, preemies are always at greater risk for heart problems because of their underdevelopment and low birth weight.  Even the mothers of preemies are much more likely to develop cardiovascular diseases later on, a phenomenon the medical field still doesn’t fully understand.  There are more than 40 different types of CHD, but several of these conditions occur much more frequently than others.

If your child is diagnosed with CHD, don’t panic.  Your NICU staff is equipped to deal with a wide variety of defects, and will help guide you and your preemie through treatment.  Learning about congenital heart disease can help make your options clearer and less scary.  Below are some of the most common forms of CHD.

What Type of CHD Does my Child Have?

Bicuspid aortic valve, or BAVD, is the most common congenital defect, occurring in 1-2% of the population.  Interestingly, the CDC has found that male children are four times more likely to be affected than female children.  Reaching back further than the fifteenth century, BAVD was first recorded in Leonardo Da Vinci’s famous anatomical drawings of the heart and circular system, research which came astonishingly close to 20th century cardiology.  Noting the bicuspid anomaly in many of his autopsies, Da Vinci shows us just how prevalent bicuspid problems were and how detrimental they could be to a normal lifespan.  Patients with BAVD are born with an aortic valve comprised of only two fully separated cusps, or “leaflets” instead of the usual three, a defect which fails to prevent the backflow of blood from the aorta into the heart.  Though many people with BAVD can live their whole lifetimes without even noticing their condition, the conjoined malformation of the second and third leaflet often causes serious health complications such as aortic aneurysms or dissection, aortic stenosis, valve infection, or simply an improper cusp seal and blood backflow.  Most cases of bicuspid disease manifest randomly during pregnancy; curiously, there is evidence that some babies seem to inherit it as an autosomal genetic tissue disorder, as several of their family members exhibit the same malformation.  While cardiologists have been tracking BAVD occurrences in these families to see if there is an identifiable genetic cause, not enough proof exists to formally consider bicuspid aortic valve anything but a sporadic developmental defect.

While BAVD doesn’t always cause symptoms, for some patients this small defect can drastically reduce their chances of survival.  As a person ages, calcium deposits onto their valves and makes them stiffer, one reason that the risk of heart disease increases with time.  If a valve becomes so rigid that it cannot fully open, blood can pool into the heart and lungs, causing congestive heart failure, arrhythmia, and ultimately, death.  Lingering infections caused by bacteria build-up on the valves also tend to limit a patient’s health.  Neonatologists will often treat an infant with BAVD right away, inserting a small balloon through a blood vessel into the aorta and inflating it to allow for more blood flow, or cutting the valve into a more conventional shape in open heart surgery.  Already-delicate preemies facing such invasive surgery must be constantly monitored for internal bleeding or infection.  If the condition is suspected in an adult patient, diagnosis is usually a little bit easier.  Doctors can listen for the characteristic sticky “clicking” sound the valve makes when trying to open, x-rays can be used to search for an enlarged heart, and EKG’s can detect irregular beats.  These patients are often treated by replacing their valves with the corresponding valve of a cow or pig, or artificial valves made of plastic.  While effective at avoiding larger symptoms, these replacement parts must receive constant maintenance from a physician and be supplemented by rounds of antibiotics and prescription blood thinners.  Treatments like these will usually allow a patient to live a healthy, normal life unaffected by further heart problems.

Though less common than bicuspid defects, there are many other forms of congenital heart disease an infant might face.  Cyanotic congenital heart disease, or CCHD, lowers the amount of oxygen in the blood at birth.  CCHD often appears alongside AVD, but is also present in newborns with aortal disruption or thickened ventricle walls.  Genetic inheritance is the usual cause of cyanotic disease, but can also develop if the mother is exposed to chemicals or toxic drugs while pregnant.  Symptoms range from hyperventilation, sweating, rapid heartbeat, chronic respiratory infections, low birth weight, clubbed fingers, difficulty feeding, and the characteristic blue tinge to the skin of the extremities.  Slower growth than their unaffected peers is also to be expected.  Neonatologists who suspect CCHD will take an echocardiogram, or ultrasound of the heart, as well as a cardiac catheterization, in order to determine whether a preemie has cyanotic disease.  Surgery is often performed as soon as the child weighs enough to properly recover from an invasive procedure.

Kawasaki disease (also known as mucocutaneous lymph node syndrome) is the most common form of vasculitis in children.  Though it occurs most frequently in Japan, about 1,800 new cases are diagnosed in America each year, replacing acute rheumatic fever as the leading cause of acquired children’s heart disease in the U.S.  The majority of patients are boys under the age of five.  Producing temporary inflammation and swelling of sensitive tissues of the hands, feet, lips, eyes, mouth, throat, and lymph nodes, most of Kawasaki’s visible symptoms will diminish with time.  The reason this disorder is so dangerous to preemies is its long-term and oftentimes severe effect on the heart and coronary blood vessels.  Left untreated, Kawasaki disease can cause aneurysms and even heart attacks in young children.  Because of these risks the NICU will immediately inject their patients with intravenous gamma globulin and high doses of aspirin.  Unfortunately, even with aggressive treatment up to 25% of patients will still develop problems in their coronary arteries.

While the above details the most common types of defects, there are many different forms of congenital heart disease.  Parents of preemies should consult their doctors for the most up-to-date information on their child’s specific type of CHD.

How do I Know if my Child has CHD?  What Initial Treatment Options do we have?

Heart surgery on a preemie is incredibly risky.  Luckily, the modern NICU has many different options for treatment and several avenues of support for concerned families.  Parents of CHD patients are encouraged to speak with their neonatologist or nurse about their child’s condition so they can make educated decisions on their baby’s treatment.

Screening for congenital heart disease is now a routine procedure after any birth, especially a premature one.  Screening is quick and painless, utilizing a machine called a pulse oximeter to gauge how much oxygen is in a baby’s blood.  This test is not invasive and uses a sensor on top of the preemie’s skin to take measurements.  A pulse oximeter typically detects 75 percent of heart conditions.

If CHD is found, your neonatologist will usually refer you to a pediatric cardiologist, who will perform an EKG.  Small lead pads are jellied to your baby’s chest so that the doctor can see and record any abnormalities in the heart’s electrical signals.  Cardiologists may also want to see an ultrasound of your baby’s heart arteries, chambers, and valves, which is called an echocardiogram; or a chest X-ray, which can evaluate the size and shape of the organ.

Once a preemie’s heart has been studied, a procedure called a cardiac catheterization may be used to fix any holes or tighten up any values.  During cardiac catheterization, a thin tube is threaded through blood vessels in the navel to the heart to measure oxygen levels and pressures within the heart’s chambers and determine blood flow.  At this time, your cardiologist may use small tools to mend any abnormalities causing improper flow.