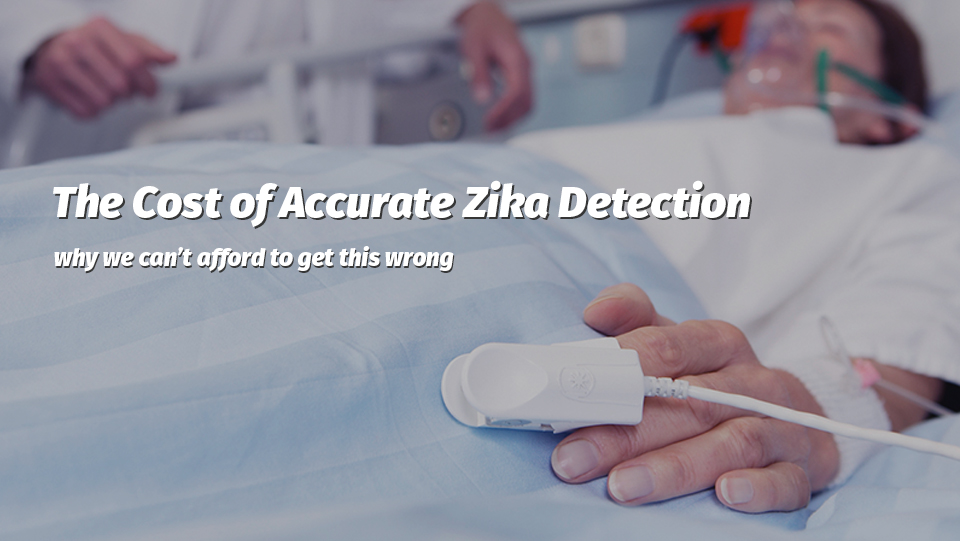 With the Rio 2016 Olympics looming on our peripherals, the uncertainty surrounding the Zika virus is palpable.  The race is on to develop more accurate Zika detection methods and a workable vaccine- but will it come in time?  Or is America tilting on the same infection precipice that Brazil has already fallen over?

“Evidence is mounting to suggest local transmission via mosquitos is going on in South Florida,” said Tom Skinner, the CDC’s senior press officer.

The WHO is continuing to refer to Zika outbreak as a “world health emergency,” and it’s not hard to understand why.  In today’s reality, global voyages are an expectation for modern business and recreation alike.  Diseases have the ability to spread far beyond their natural range.  Although the Aedes aegypti mosquito doesn’t live in colder climates, the invention of the airport means that no country is beyond Zika’s reach.  In fact, to date, Zika has been found in over 60 countries, though the level of severity varies depending on whether the virus is transmitted by local mosquitoes, or must rely on spreading through international travel and unprotected sexual intercourse.

Zika Inside the U.S.A.: Studying Transmission Behaviors Within Our Borders

As of July 20th, the CDC reported 1,404 cases of confirmed Zika infection in citizens of the continental United States and Hawaii, all of which were contracted in other countries or through sexual contact.  However, news broke yesterday that health officials are investigating the first four non-travel-related cases of Zika in Florida.  None of the patients have traveled to Zika-prone areas, prompting medical experts to look into other modes of possible transmission.  As the number of infected Americans rise, it’s more than likely that local mosquitoes will pick up and spread the virus within the United States. 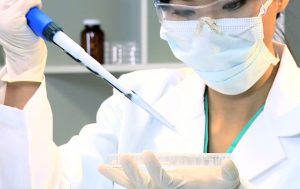 In an effort to determine just how many of their citizens are now carriers of Zika and create more accurate Zika detection tests, Florida’s health department has been going door-to-door to collect blood and urine samples in neighborhoods within a 150-yard radius of any Zika-positive households.  To date, over 200 residents have given fluid specimens and been interviewed by the department.

Testing both blood and urine samples means “there may be some infections that are more definitively diagnosed than they would have been,” Fischer stated.  “This gives you a more specific finding of the presence of genetic material of the virus.”

But looking at both types of fluids doesn’t just significantly improve the chances of accurate Zika detection and diagnosis- it may actually prevent doctors from missing the infection entirely.  Indeed, urine testing is so much more sensitive to Zika virus indicators that it can distinguish the virus a full week longer than blood testing can.  According to the CDC’s report on the test results, out of the samples taken from patients within five days of noticing Zika symptoms, 95 percent of the urine samples tested positive for Zika.  Conversely, only 56 percent of the blood samples from the same patients in the same timeframe detected the virus.

And when samples were collected five or more days after Zika symptoms were noticed?  82 percent of urine specimens tested positive, while none of the blood samples did.

Not Just About the Now: Why Bad Testing can cause Big Problems

Accurate Zika detection is imperative to prevent bigger problems down the road.  As of today, over 400 pregnant women in the continental United States have displayed symptoms of the Zika virus, and 12 babies have been born with birth defects which can be linked to a Zika infection in their mothers.  Many of these defects and conditions, especially microcephaly, present life-long challenges to the individual and come with a high price tag to a nation’s healthcare.  Long-term care for a child with microcephaly costs an estimated $1-10 million, depending on how long the child lives and whether they need to be institutionalized.  Apply that cost to multiple patients, and a huge financial burden begins to materialize.

Reproductive statistics from the Center for American Progress predicts that 2 million women will become pregnant this summer and fall in America.  Experts say that if just 1 in 10 of those women contracts Zika during their pregnancy, up to 13 percent of those children will be at risk of being born with microcephaly.

Over the course of their lifetimes, these 13,000 patients would require anywhere from $13-130 billion to receive the long-term care they’d need.  To put that figure in perspective, this relatively rare condition in a small pool of people would cost the U.S. more to treat than it spends on yearly care for lung cancer- the most common cancer worldwide.  Proportionally speaking, a higher instance of microcephaly could be devastating to the American healthcare budget.

While these numbers are staggering enough, when you apply the long-term expenditures of microcephaly treatment to countries hit hardest by the virus, it’s reasonable to assume that most families won’t have access to the care they’ll need.  It’s an expense many nations simply can’t afford.

Brazil, one of the areas hardest-hit by the Zika epidemic, is experiencing this health crisis now.  Brazil’s Ministry of Health has reported 1,581 confirmed cases of microcephaly stemming from the Zika virus, with 3,047 cases still awaiting investigation.  The WHO predicts that Brazil can expect to see 6,000 new cases of microcephaly per year if active transmission conditions remain the same and no vaccine is produced.

Microcephaly isn’t the only neurological condition caused by Zika.  Guillain-Barre syndrome, a condition of muscle weakness and sometimes paralysis brought on when the immune system attacks the peripheral nervous system, is another rare disorder that seems to be triggered after the body experiences an infection.  A Zika infection is one of the viruses that appears to trigger GBS. 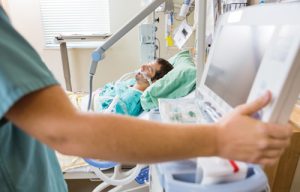 According to the CDC’s mid-July Zika Situation Report, 15 countries have reported an increase in Guillain-Barre syndrome, totaling over 400 cases to date.  While most people can recover from Guillain-Barre syndrome if treated promptly, the condition is life-threatening during its acute stages if the patient’s breathing musculature becomes too weak to move the diaphragm.  Slow or inept medical attention can lead to life-long complications, necessitate long-term respiratory support, or even end in the death of the patient.  In fact, about 5 percent of well-cared-for patients will still succumb to the disease.

A recent study by Dr. Nikki van Leeuwen attempted to analyze the average costs of treating Guillain-Barre, and found that the frequency of hospital admissions, transfers into and out of the ICU, and transfers between different hospitals themselves makes treating Guillain-Barre syndrome rather expensive.  Additionally, severely-affected patients will require constant monitoring and ventilation assistance to mitigate the chances of respiratory failure and other complications.  The diverse level of disorder severity in different individuals as well as the disease’s relative rarity makes Guillain-Barre difficult to treat in a cost-effective manner.

Experts believe a Zika vaccine wouldn’t be ready until 2017 at the earliest, and that’s only if it can be rushed through the approval process with less testing than most new medications are subjected to.  Meanwhile, the WHO predicts 3 to 4 million people will be infected within a year.  With rising numbers of patients suffering from costly neurological conditions brought on by the initial infection, and increasing methods of transmission, accurate Zika detection is more important than ever before.