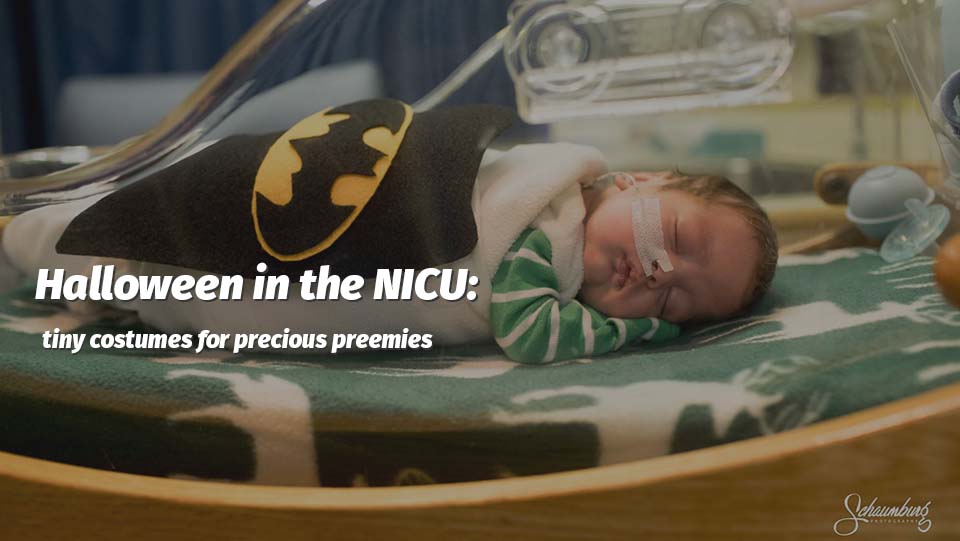 As Halloween weekend looms ever nearer, parents around the country are busily preparing to celebrate with their children.  But for parents of preemies being treated in neonatal intensive care, baby’s first Halloween won’t be spent traipsing from house to house in an adorable infant’s costume.  Unfortunately, their babies are still too delicate to take part in many traditions that most parents look forward to every year, and will spend their Halloween in the NICU.  To remedy this, the March of Dimes partnered with the NICU of St. Luke’s Hospital in Kansas City, Missouri, to bring a little Halloween spirit to the families waiting to take their babies home.

Halloween in the NICU

Since preemie babies are often much smaller than their full-term counterparts, store-bought costumes weren’t going to cut it.  NICU nurses and volunteers made appropriately sized felt costumes by hand that could be worn without disturbing the children’s treatment.  They were also given grab-bags full of treats and mementos, including candy, a Halloween-themed book to read to their children, and best of all, a card that read “Trick or Treat, Smell my Feet” with their child’s footprints. 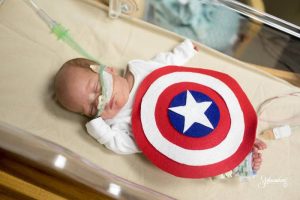 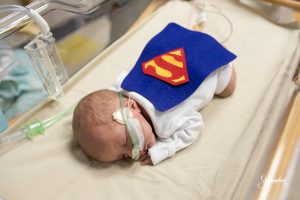 “After spending five weeks in the NICU, I knew how hard it was for all NICU families,” Schaumburg explained.  “I’m a professional photographer so I knew that I could use my talent to help document their story, so that once they are out of the NICU they can look back on it and see how far they have come.”

“The idea is to be able to allow parents to have a sense of normalcy,” she said.  “The parents were able to choose their babies’ costumes to match the babies’ personalities.” 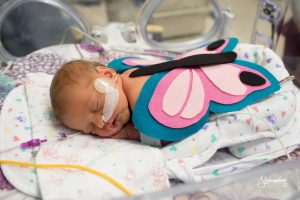 Strategies like this one create a community that preemie parents can rely on when they need support outside of close friends and family, since it’s not always easy for families with full-term children to relate.  Preemie parents also end up spending countless hours in the hospital with their little one, affording them little time to socialize or unload stress; which leaves them feeling isolated.

When preemie parents can socialize with others who are going through the same struggle, everything seems less scary and insurmountable.  Many NICUs have taken to holding holiday parties, writing notes to parents from their baby’s perspective, and other personal touches that help foster these connections.

Hospitals like St. Luke’s who go the extra mile ensure that families who must spend Halloween in the NICU can still make precious memories with their preemie.