TEACHING PREEMIES TO EAT THROUGH SOUND

Using a mother’s voice to provide instinctive auditory cues in the NICU. 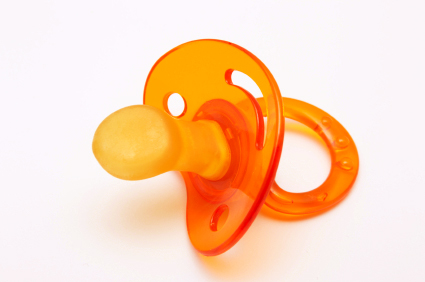 The sound of a mother’s voice is instinctively attractive to a newborn baby, a reassuring and encouraging balm during our most helpless phase.  But can parental speech actually help a baby survive?

A new therapy based on maternal voice-recognition is emerging for hospitalized preemies.  Through a combination of mothers singing to their babies and pacifier-activated music, neonatologists are teaching their tiny patients to eat more easily and efficiently, leading to faster weight gain, more independent feedings, and shorter stays in the NICU.  The study was lead by Dr. Nathalie Maitre, assistant professor of Pediatrics at Vanderbilt Medical Center, and music therapist Olena Chorna.

“A mother’s voice is a powerful auditory cue,” said Maitre.  “Babies know and love their mother’s voice.  It has proven to be the perfect incentive to help motivate these babies.”

How Was Sound Therapy Pioneered?

But how, exactly, was this mother-infant connection discovered?  Maitre’s findings are supported by previous studies on fetal voice recognition and the importance of bonding while in the womb.  By the start of the new millennium, researchers had proven that healthy fetuses can hear outside noises by the third trimester of pregnancy, though it remained unclear whether this “hearing” was deliberate listening or just a simple, instinctual reaction to stimuli.  In 2003, Dr. Barbara Kisilevsky and her team of psychologists and obstetricians found that the foundation for speech perception and language acquisition may indeed be kickstarted in-utero through parental and environmental interaction, allowing children to not only hear, but actually recognize and react to the sound of their mother’s voice before birth.  Researchers monitored the heartrates of 60 fetuses, half who were played a two-minute recording of their mother narrating a poem, and half who listened to a female stranger read the same poem.  Fetuses in the first group responded to their mother’s voice with an accelerated heart rate, while the heart rates of the second group decelerated while listening to the stranger.

“These results tell us that the fetuses heard and responded to both voices and that there was sustained attention to both voices,” Dr. Kisilevsky explained. “But, because they responded differently to the two voices, we know they had to recognize their mother’s voice. We believe they are probably already learning about language in general and their own language specifically.”   While the study provides evidence that children exhibit “sustained attention, memory, and learning” during gestation, more work is being done to ascertain just how profound of an affect in-utero interaction has on mother-infant attachment and newborn brain development.

Now that doctors know newborns are active listeners, researchers are finding practical ways to harness our innate reactions to language.  During Dr. Maitre’s study, 94 premature infants born at the 34-36 week mark were treated in the NICU of Children’s Hospital.  The babies were given special pacifiers that played a recording of their mother singing a lullaby- when they sucked correctly, the device would reward them with the repetitive melody.  If they stopped sucking, the music would stop.  To avoid confusion, mothers sung only two simple songs within one octave range, since more complex music would be too distracting for a preemie’s developing brain.  At the end of the clinical trial, patients who correctly used the singing pacifiers had their feeding tubes removed a week earlier than preemies that did not receive pacifier intervention.  Additionally, the therapy caused treated babies to eat more frequently, develop stronger sucking, and exhibit less stress than other premature infants, leading to shorter hospitalization times.

What Other Benefits Do Auditory Cues Offer?

But pacifier intervention therapy can do more than help an underweight baby.  Parents of preemies often feel helpless in the face of their child’s complications.  Using voice therapy confers both medical and emotional benefits; as Maitre stated, this is “a unique way for parents to directly help their children learn a skill crucial to their growth and development.  It gives parents a small amount of control to improve their baby’s medical course, in addition to giving them a bonding experience which will last throughout childhood.”