The Zika virus has been found in Cleveland.  There are now four confirmed cases of Zika in Cleveland and the surrounding areas since the virus made international headlines. 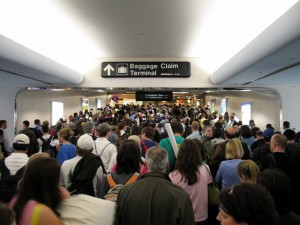 While infectious disease specialists stress that there is no reason to believe that Cleveland will be as heavily affected as tropical areas (especially in such currently frigid temperatures), these cases certainly make a compelling argument for an increase in caution while traveling, as the virus is clearly spreading around the globe much more quickly than predicted.  It’s unsurprising that Cleveland may continue to see a rise in infections due to our lakeside location and our international airport hub.

Dr. Mary DiOrio, Director of Ohio’s Health Department, predicts that Ohio can expect to hear more about local Zika infections as the year progresses and the weather improves.  “Given the number of travelers between Ohio and Zika virus-affected countries, it would not be a surprise to see more cases,” she said. “There is no vaccine available for Zika virus so it’s important for Ohioans traveling to affected areas to take steps to prevent mosquito bites.”

Do I need to worry?

While it’s certainly concerning that the Zika virus has been found in Cleveland, thankfully, Zika is typically non-harmful to the majority of people, and seems to spread only though mosquito bites, sexual contact, and some bodily fluids.  Unlike other influenza-conditions, being in the proximity of an infected person won’t put you in danger of contracting it.  Most patients will experience symptoms much like the common flu, or may have such a mild case that they don’t realize they’ve been infected at all.  However, a small portion of the population may face incredibly dire consequences such as developing microcephaly, characterized by slow brain development, or Guillan-Bare syndrome, a rare nervous-system condition that can cause paralysis.  Pregnant women, mothers who are breastfeeding, and newborns may be the only significant group at risk for serious complications, though this requires more study before scientists can be completely sure.  If you develop tell-tale symptoms of Zika, which include fever, rash, sore joints, and red eyes, you may wish to see your doctor, though the chances you’ll require hospitalization or other extreme care is unlikely. 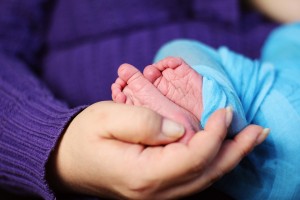 Dr. Jennifer Hanrahan, an infectious disease expert at MetroHealth Medical Center, does point out one important thing to keep in mind: while Zika cannot spread person-to-person the same way Ebola would, a higher density of infected people will allow Zika access to new victims much more easily.  Why?  While Zika resides in the same family as other mosquito-borne diseases like West Nile, it replicates much faster in the blood than its other viral counterparts.  If a mosquito feeds on someone with West Nile, there isn’t enough of the virus in the mosquito’s blood to pass onto their next bite victim.  If a mosquito bites a Zika-infected patient, however, there is usually enough of a viral presence to survive until the next bloodmeal.  This is why Zika cases have been increasing with such rapidity in Brazil.

To date, the species of mosquito that carries Zika has not been found as far north as Cleveland.  Some lab tests have shown that other species may be able to transmit the virus, but it is still unclear whether that will prove true.  Just in case, Hanrahan recommends using plenty of repellent when mosquito breeding season begins to lower any possible risks.  State officials are meeting soon to consider other preventative options, such as spraying insecticide, as a vaccine doesn’t seem forthcoming any time soon.

As we learn more about Zika, Paragon continues to provide stringent validation options for all donated and expressed breastmilk in our client donor banks and NICUs.  It isn’t yet clear whether Zika can be passed through breastmilk, but until all transmission agents are known, we feel it’s best to play it safe.